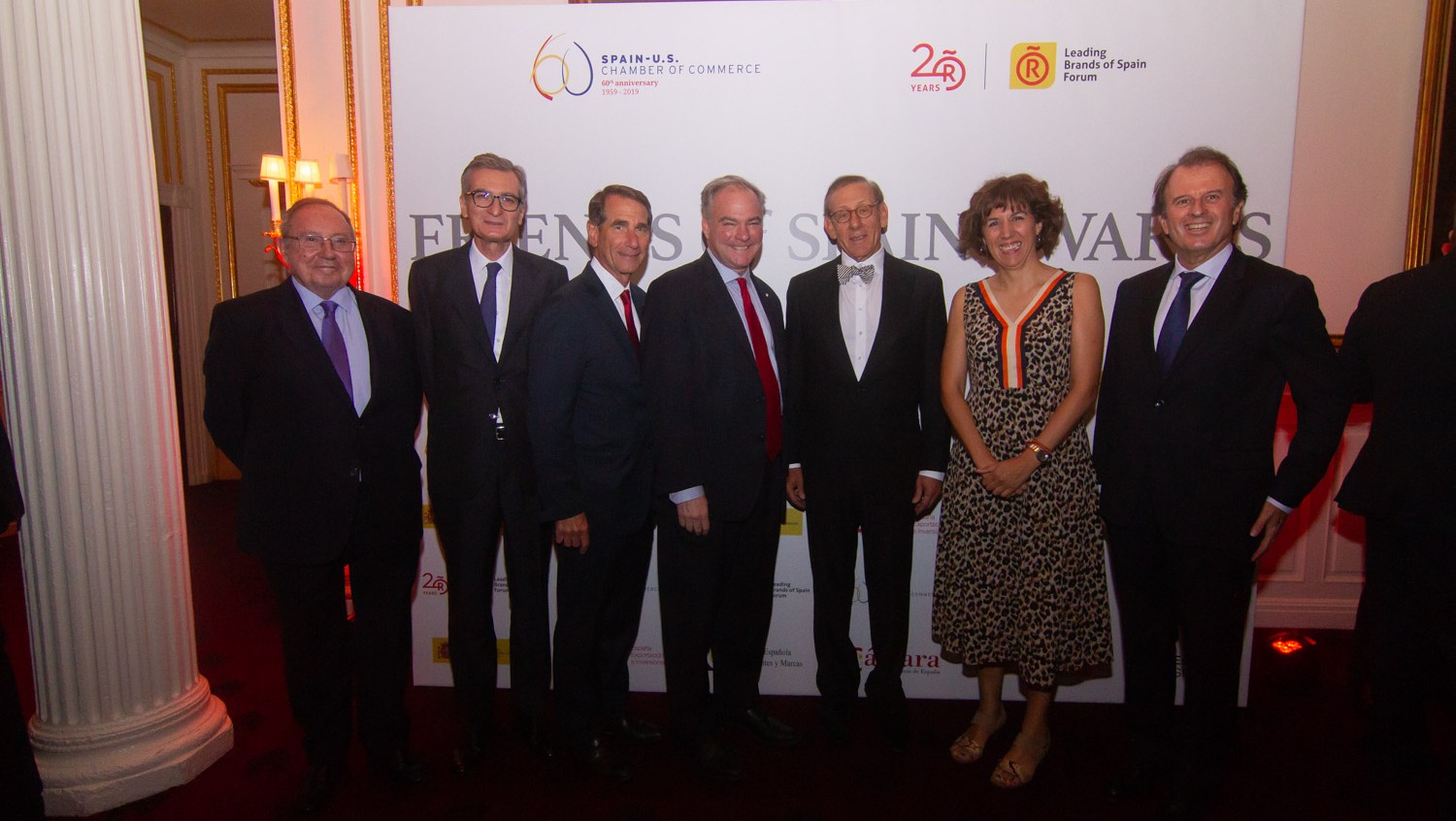 Friends of the Spain Brand and of Spanish Brands in the U.S.

Inicio / Friends of the Spain Brand and of Spanish Brands in the U.S.

An awards ceremony honoring Friends of the Spain Brand and Spanish Brands in the United States was held on July 18th by the Leading Brands of Spain Forum and the Spain-U.S. Chamber of Commerce. It was organized in collaboration with the Spanish Chamber of Commerce and the Government of Spain through the Embassy of Spain in Washington, D.C., the Consulate General of Spain and the Commercial and Tourist Offices in New York, ICEX España Exportación e Inversiones, the Spanish Patent and Trademark Office and the Secretary of State for Global Spain.

This year, awards were presented to:

U.S. senator for the state of Virginia. He was the honorary president of the United States-Spain Council until January 2019, and the award recognizes his outstanding contribution to the establishment of closer ties between Spain and the United States at the highest level. It also acknowledges his support for the Spanish language, which he speaks. Kaine made history by giving the first speech entirely in Spanish in the Senate in 2013 during the debate over immigration reform, which ultimately did not see the light of day.

Renowned businessman who has played a key role in the expansion of LaLiga in the US and in the launch of José Andrés’ project Mercado Little Spain in Hudson Yards, the largest real estate development in New York City history, which Stephen Ross has promoted.

By selecting Spain as one of the main shooting locations for the hit series Game of Thrones, it has made a significant impact on tourism, encouraging tourists from the United States and other countries to visit Spain.

Friend of the Valladolid Chamber of Commerce in the U.S.