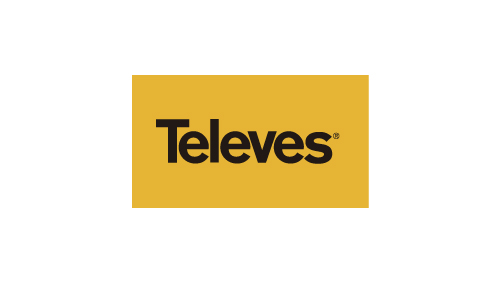 Televés specialises in the worldwide manufacturing and distribution of integrated telecommunication products and services for both domestic and commercial use. Created in 1958 in Galicia, Spain, the company has subsidiaries in the USA, Europe and Asia. Televés’ products are distributed in over 80 countries around the world and are fitted in significant locations such as the English and Scottish Parliaments,the Palace of the Sultan of Brunei, Trump Tower in New York and the World Trade Center in Dubai, etc. Televés led the terrestrial antenna market when television began to spread in Europe and continued to gain strength.

Nowadays Televés leads the sector by developing digital receivers and high definition and mobile television technologies that have facilitated the home digital revolution.

Televés has developed world-unique remote control head-end devices,connection and distribution amplifier systems and accessories, electronic systems and circuits, mechanical accessories, industrial robots, transmitters, field strength meters, domestic systems for home control via coaxial cable and wireless technology, engineering for digital and data transmission technologies within the private and public sector, with new products and services for telemedicine, hospitals, buses, hotels,etc.All these products have been developed by our own R&D Department and have been fully certified in the Televés’ EU authorised electronics and telecommunications in house test facilities. Televés are Always ahead in the forefront of technological advancement. The company dedicates a significant proportion of its budget to the development of technology and,being in complete control of its own production processes, is an international company with global aspirations.