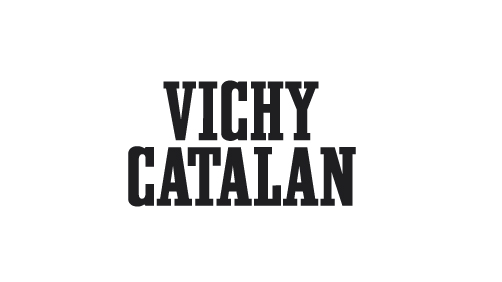 Vichy Catalán have the clear vision of becoming a link between nature and people. This undertaking, first made over a century ago, has made the company one of Spain’s leading bottlers of mineral water and one of the first companies in Europe to have been awarded ISO 9001 International Quality Certification. Vichy Catalán is a legendary brand for a product that has become the benchmark for naturally sparkling mineral waters. Its unique flavour, its mineral and medicinal properties and its long-standing presence are the pillars of its solid reputation among consumers and professionals in the catering, hospitality and food sectors. It is regularly found on the tables of the most recognized establishments the world over. Vichy Catalan leads the naturally sparkling mineral water market in Spain, and its products are distributed in 48 other countries on six continents.

The first naturally sparkling mineral water in a can with a biodegradable lid was introduced in 2012. That launch led to the creation of a new segment of flavoured waters: Vichy Catalan’s 0% Flavours whose varieties currently include Lemon, Orange, Mint, Lemon-Lime and Tonic Water. In 2014 the company took a bold step by renovating all its glass packaging by launching a new series inspired by the work of Antonio Gaudí. The new range of bottles – winner of the 2014 Liderpack award for the best beverage packaging – became the brand’s new hallmark. The first naturally sparkling mineral water in a 1.2L PET bottle was launched in 2015. The design of this bottle , which is much easier to use and more resistant, won the Best Awards prize for the best non-alcoholic beverage packaging, as well as the 2015 Liderpack award in the best beverage packaging category .